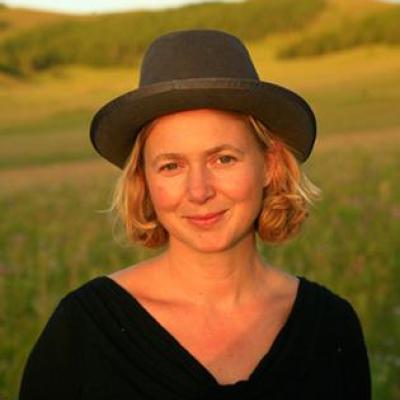 Karina is one half of the power-couple behind Panoramic Journeys. She left university – having studied Anthropology – with the dream of saving the planet through making documentaries. Her pitches were, as she puts it, ‘too earnest’ to get commissioned, and so she found herself working on – again, her own words! – ‘horrid commercials’. Some scrimping and saving later she had enough money to make three pilot films: one about an island in Lake Titicaca where the men knit to impress women; one in Papua New Guinea where she was robbed at knifepoint; and one in Mongolia, where her and James’ lives were changed forever…

With the perfect combination of a fastidious eye for detail and an appreciation of the big picture, Karina takes pleasure in crafting the sorts of journeys she loves to take; journeys which allow you to stand back and shift your perspective about life on this incredible planet. Much of her philosophy is centred on the idea of allowing time in her trips for the chance encounter; the serendipitous moment which elevates a journey from the excellent to the exceptional. To that end she advises all our friends who travel with us to travel curious, and with an open mind. Magic happens when you have your eyes and arms open.

Karina is not one to switch off very often (to put it mildly); when she’s not working on an amazing film-shoot or hand-crafted trip, she’s thinking about how we as individuals and organisations can combat climate change. She will definitely be uncontactable, though, when she’s doing what she calls her nirvana: snorkelling hand in hand with her loved ones.

Karina is a Fellow of the Royal Geographical Society.