There’s no question that one of the most exciting aspects of MOOCs is that they, by nature, can be accessed by anyone with Internet access – which means less unequal opportunity to access quality content. The “Future of Storytelling” course, iversity’s most popular course so far (which I’m also taking), for example, has over 80,000 participants (as of late November) from all over the world.

MOOC and Beyond - In the past year or so I’ve taken six (eight including two that are currently ongoing) online courses, many of which would be considered to fall under the category of MOOC (Massive Open Online Course) – others are more like an extended version of those YouTube how-to videos. I find the efforts to bring change to education and to online learning experiences fascinating, although I’m of course aware that not everything in the world of MOOC is rosy... 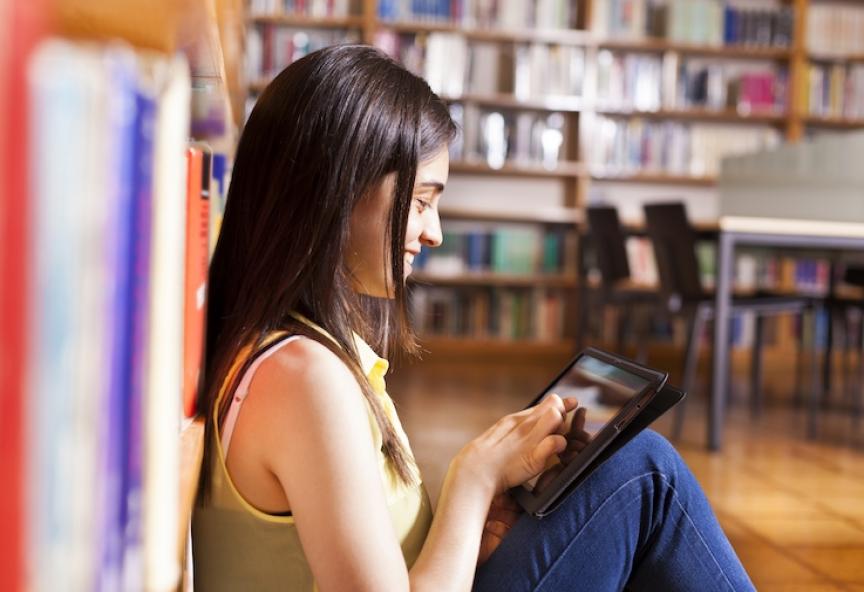 The Ongoing Evolution of MOOC

It seems that we are witnessing the post-coming-of-age, confused-about-self-identity phase of MOOC’s evolution. The idea of delivering courses online and openly has become widely known and is no longer a novelty. There’s still much excitement about the potential of new approaches to education. And we are also learning about the “growing pains” of the MOOC concept such as the notoriously high drop-out rates.

My glass-is-half-full view of MOOC is that just the fact that the world’s top universities, Silicon Valley investors, and those who are considered to be some of the leading thought-leaders are thinking about innovation in education is an exciting development, and that it’s probably too early to try and find a definitive answer on whether MOOC is a success story or not.

In this Financial Times piece (November 24, 2013, Financial Times – “On course to become a credit worthy qualification“), Adam Palin summarizes the current state of different growth paths MOOCs are taking in different parts of the world – in particular, in North America and in Europe: “If the first chapter in the evolution of massive online open courses (Moocs) was written in the US, it may well be in Europe that they make their next significant advance“.

Europe’s “homegrown” platforms, moreover, are starting to rival those MOOC leaders from the US that pioneered this field in the first chapter of the new book of education.

…Berlin-based Iversity [has] signed up over 115,000 students across an initial batch of 24 MOOCs ranging from design, engineering and chemistry to finance, policy and creative writing. There are now at least six organisations in Europe that host MOOCs – UnX, Miríada X, OpenupEd, OpenCourseWorld, Iversity and FutureLearn. Since there are no geographic barriers for MOOCs, they compete directly with other providers around the world. (Venture Village, October 15, 2013 – “Europe’s MOOC experiment accelerates in Berlin“)

And many of these are likely to continue to encourage healthy competition among the education change-makers, and to help open doors to innovation and new and creative ideas for making education more accessible, more fun, and more engaging.

Are We Asking the Right Questions? 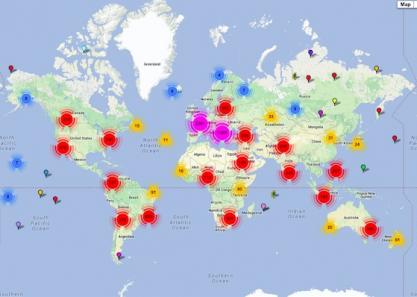 There’s no question that one of the most exciting aspects of MOOCs is that they, by nature, can be accessed by anyone with Internet access – which means less unequal opportunity to access quality content. The “Future of Storytelling” course, iversity’s most popular course so far (which I’m also taking), for example, has over 80,000 participants (as of late November) from all over the world, as seen on this map.

MOOCs have the tremendous potential to be a disruptive force in how the world perceives learning. But I believe it’s also important to recognize that this does not mean MOOC alone is – or should be considered – a solution to a bigger problem of global inequality. Nor will MOOC, just because it’s open and online, suddenly transform those who are otherwise unmotivated to embrace learning.

So when we question MOOC’s legitimacy or its viability as an educational or business model, let’s not focus on how it’s actually not helping the poor (because most of those who complete MOOCs are higher education degree holders, etc.), or how it’s inferior to classroom-learning in key areas compared to in-person university courses (why compare them, anyway?), but on how it can bring meaningful change to academic, life-long, professional, non-traditional, and all other types learning, and how it can challenge the status quo and therefore bring much-needed disruption in education.

[Sebastian Thrun, CEO and cofounder of Udacity] tells me he wasn’t arguing that Udacity’s current courses would replace a traditional education–only that it would augment it.

“We’re not doing anything as rich and powerful as what a traditional liberal-arts education would offer you,” he says. (FastCompany, November 14, 2013 – “Udacity’s Sebastian Thrun, Godfather Of Free Online Education, Changes Course“)
Thoughts on Training
Back to Top
Subscribe Newsletter
A monthly digest of the latest TrainingAid news, articles, and resources.
Subscribe