How Studying Tourism Has Opened Many Doors for Me

How Studying Tourism Has Opened Many Doors for Me

Studying tourism has opened up so many doors for me. My journey has been hard but I’m glad I chose this path.

Fabio Fornari, a tourism master's student and researcher from Brazil, shares his journey to becoming a German Chancellor Fellow and finding his passion for tourism, sustainability and tourism's role in the global climate agenda. 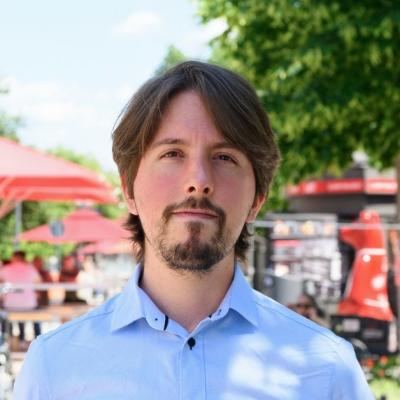 I have to say I’m truly honoured to have been invited to share my story here at TrainingAid’s blog, an organisation I admire and that interacts with so many great tourism professionals. And I also have to be honest, it is a bit scary to write about me.

Maybe I should start by introducing a bit of my background and how I eventually ended up studying tourism. I was born in this industrial city near São Paulo and grew up near a Volkswagen factory which was part of my landscape for years. Most of my friends back in high school wanted to work at one of the car manufacturers, but I could not envision such a future for me. So, when it was time for me to choose which degree to follow after school, I started to do some research and found this “tourism and hospitality” field and the promising future jobs in a country preparing to host a World Cup and the Olympics Games.

I was also lucky to grow up during what probably was the best economic, political and social moment for Brazil. Which meant that, even though I came from a relatively poor family and studied my whole life in a public school, I got a fully funded scholarship via a programme entitled “University for All”, to study at one of the best private universities in São Paulo. The course? A bachelor’s degree in tourism, my escape from the factory jobs.

It is not an exaggeration to affirm that I would not be in this position today, writing from a flat in Berlin, if I hadn't had the opportunity to access higher education.

In a highly unequal country like Brazil the opportunities you encounter in life can be limited by the place you grow up in (let alone questions of class, gender and race), so having access to university can profoundly change one’s life. It is not an exaggeration to affirm that I would not be in this position today, writing from a flat in Berlin, if I hadn't had the opportunity to access higher education. And by studying tourism I had some of the most incredible experiences during my graduation, such as travelling abroad for the first time to exchange programmes in Portugal and in Scotland, both sponsored by the Brazilian Ministry of Tourism (again, different times my friends). It was during these experiences that my interest in sustainability in tourism started to emerge, once I learned first-hand how not only Brazil, but other countries developed strategies and policies for it.

Furthermore, I was also very lucky to study with Bel Santos Mayer, an experienced social entrepreneur who leads a civil society organisation whose mission is to transform communities and territories based on human rights, citizen participation and sustainable actions. Beyond becoming a friend and a role model for me, Bel offered me the chance to get involved with some of her social projects. We later developed the final project for our bachelor’s degree together, which involved recommendations for the development of community-based tourism in the district of Parelheiros, a peripheral, rural and recognised ecotourism area in the city of São Paulo. The project would later be further developed by Bel and her team, and turn into “Welcoming in Parelheiros”, a transformational project that uses community-based rural tourism as a tool for sustainable development.

After finishing university, I moved to São Paulo to share a bedroom with my girlfriend, so we could live closer to our offices (both of us used to commute for 4 hours every working day, not a rare thing in the largest capital in Latin America). Living in São Paulo was tough, but also very important for my journey. There I changed jobs from a luxury travel company to an educational institution, where I worked and developed myself for the next four and a half years; kept studying and specialised in politics and international relations and eventually found out about this programme called “German Chancellor Fellowship” back in 2016.

As Brazil’s politics started to shift and look increasingly dreadful, my partner and I decided to invest in our dream to live abroad and began to look for master’s degrees. We both prepared a lot and applied for many scholarships. She got one for an Erasmus programme and I was accepted for a programme, but no scholarship was offered. That meant she went abroad first in 2018, and I stayed with the mission of trying to get one.

Thus, I did a lot of research and worked hard to come up with project ideas and the best motivation letters. I applied for many programmes, including the German Chancellor Fellowship. And when the results came the following year, I was not among the selected. For any of them. It was probably one of the most heart-breaking moments of my life, because that meant I would have to either give up or apply again to hopefully start a programme in 2020. After a few months, I summoned the courage and started the journey again. This time I applied for a master’s degree in tourism development at the University of São Paulo (USP), the Erasmus Mundus tourism management programme and the German Chancellor Fellowship again. Then finally the good news came, I got accepted for all of them!

I started the master’s at USP and then came to Germany in September 2020 to develop my own project on the nexus of tourism, sustainability, and climate change.

Despite the hurdles of the pandemic, this journey has been amazing, as I developed a great network with people from different countries and backgrounds, managed to interview many professionals from different German and European organisations, published an award-winning series of articles about my topic of research on the Berliner Zeitung, was part of a TEDx event and even met Chancellor Angela Merkel for a photo session a few weeks before she left office (which still sounds unbelievable when I think about it).

Studying tourism allowed me to fulfil many of my dreams and do things I would never have imagined. I’m happy I didn’t give up when it looked impossible to be where I am right now, and that I made the decision to focus my research on what is probably the most important question for this sector and for society: the climate crisis.

Studying tourism allowed me to fulfil many of my dreams and do things I would never have imagined. I’m happy I didn’t give up when it looked impossible to be where I am right now.

As a master’s student and fellow of an international programme, I’m having the opportunity to analyse how the industry is reacting to the climate emergency while dealing with the effects of the pandemic. I am now about to finish these two important programmes while searching for opportunities to work in this field, so I can keep learning and hopefully be part of good solutions for the sector. Though still uncertain, I look forward to what the future brings next for me. 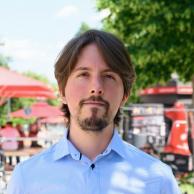 Fabio Fornari is a German Chancellor Fellow sponsored by the Alexander von Humboldt Foundation and hosted by the Deutscher Reiseverband in Berlin. He holds a bachelor’s degree in Tourism from the University Anhembi Morumbi, with extensions at the GLION Institute of Higher Education, the School of Hospitality and Tourism of Setubal and the Edinburgh College, and a specialisation in Politics and International Relations from the School of Sociology and Politics of São Paulo. He is currently a master’s degree student in Tourism Development at the University of São Paulo with co-supervision by the Technische Universität Berlin. One of his main research interests is on climate change, sustainability and how the industry interacts with the global climate agenda.

The latest posts, industry panels and thought pieces from TrainingAid. 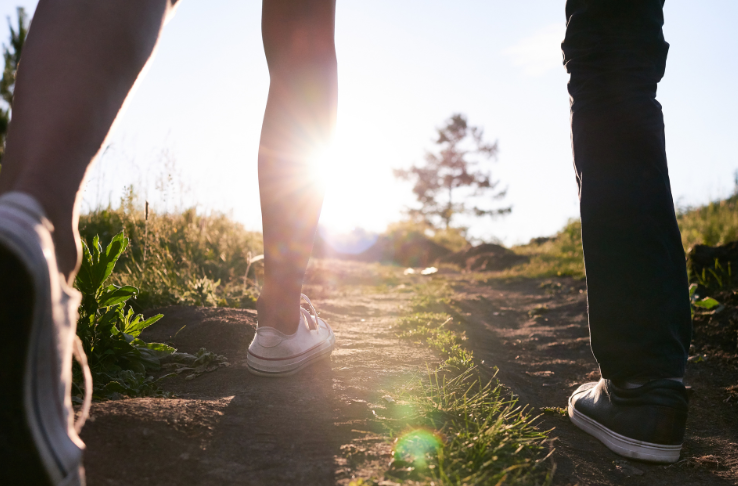 Panel
Innovative People-Centered Solutions for the Future of Tourism 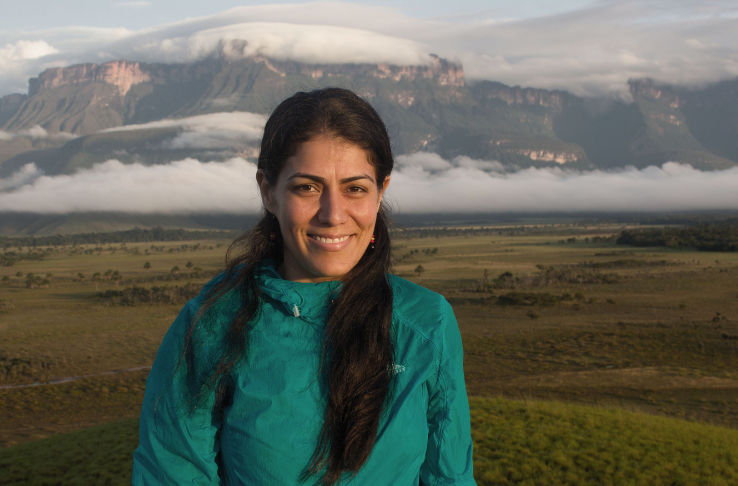 People
Sustainability and the universal design transcendence, the connection with nature, people, culture, and our native peoples 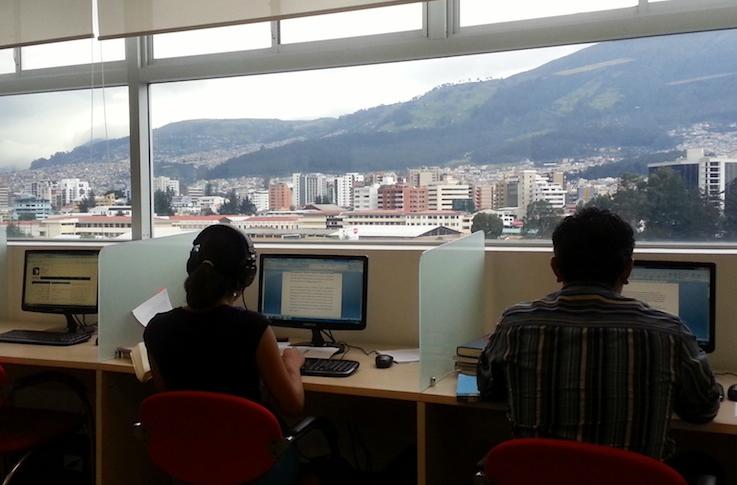 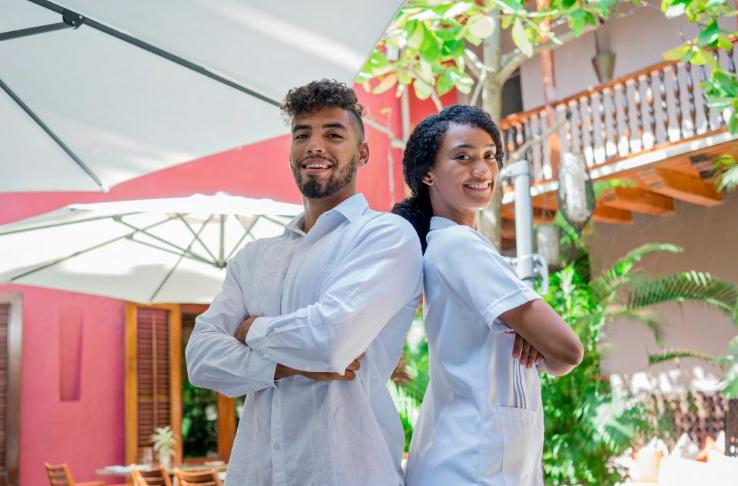