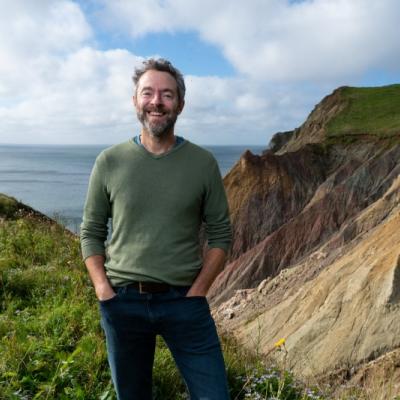 Jason works as a Tourism development advisor in the Iles de la Madeleine, an archipelago located in Québec, Canada. His long-term commitment with the DMO (destination management organization) in the Madeleine islands has led him to cover a wide range of projects, one of which received the best strategy for creative tourism development award as part of the international Creative Tourism Awards in 2015.

More recently, his organization was awarded with a « Prix excellence tourisme » which aims to recognize the talent, the realizations and the expertise of the tourism actors who work to make the province of Québec a sustainable and thriving world-class destination. Tourisme Îles de la Madeleine's application distinguished itself through its mobilization of the stakeholders around the development of the strategy and the implementation of the projects. Titled Agir ensemble pour un tourisme responsable et durable (Acting together for responsible and sustainable tourism), the strategy results from a comprehensive consultation process and contains thirty-nine recommendations.

Over the last year, Jason collaborated with many partners to act on several of these recommendations. These include the conduction of an end-of-stay survey aimed at refining the tourism intelligence of the region, a communication campaign targeting both the visitors (I care for Les Îles) and the residents (We love it in Les Îles), assisting tourism businesses that want to develop the shoulder seasons and documenting GSTC criteria for destinations.

Jason is passionate about open innovation, destination management and marketing, he likes to challenge his colleagues and partners with creative strategies. Jason has a background in adventure tourism and enjoys board games, cross-country skiing, running, hiking, and photography. His travels have led him to visit Canada, including Nunavut in the Canadian arctic, coastal areas and national parks in the USA, the Baja California peninsula, Costa-Rica, Margarita Island (Venezuela), Sweden, Norway, Iceland, the Azores (Portugal), Santorini Island (Greece), Copenhagen (Denmark) and Brussels (Belgium).